The First Salad and Go In Euless Texas Will Open Here

Tucson’s New Main Event Will Open In This Shopping Center 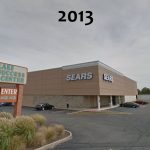 This Closed Sears In Lake Success Will Be A New Target

New Main Event In Beaumont Texas Is On This Location

A New Plum Market Is Coming To This Location In DC

The New Aldi In North Riverside Is On This Site

This Shopping Center In Huntington, NY Will Be Home To A New Whole Foods

Jeff Williams is a businessman who has been the Mayor of Arlington since 2015.

Lacey Sturm is a singer and song writer. Strum is a co-founder of the band Flyleaf and was the lead vocalist. She was raised in Arlington Texas.

Emmanuel Mudiay is a professional basketball player for the Utah Jazz. He attended attended Grace Preparatory Academy in Arlington.

Taylor Cole is an American actress and former fashion model. She was born in Arlington in 1984. Cole attended Lamar High School.

Scott Hoying is a singer, songwriter, arranger, and musician best known for being a founder and singer for 2 groups. Pentatonix and Superfruit. Hoying was born in Arlington back in 1991.

Robert Sloan and Nathaniel T. Journey led an expedition into what is now Arlington and Euless. Following the expedition other groups of European decent began to settle in the area.

On May 24 a Republic of Texas militia led by General Edward H. Tarrant attacked the Village Creek Tribes. After the battle of Village Creek a Fort was constructed by volunteers who belonged to the Fourth Brigade of Texas Militia.

A group of settlers led by Patrick A. Watson settled in the area.

Texas and Pacific Railway Company purchased land for the original site and wanted to name the station Hayterville after Reverend Hayter. Hayter declined but instead named the site Arlington, after Confederate General Robert E. Lee’s home in Virginia.

The town is officially recognized by the United States Postal Service.

In the 1880 census Arlington’s population was 275 people.

Arlington drilled it’s first well at the intersection of Main and Center streets. As a result political rallies, parades and many other events were held at the well. In addition mineral water was also sold at the well.

Arlington’s first park opened in 1924 and was named Meadowbrook Park. Meadowbrook opened with picnic grounds and a nine-hole golf course. Making it the oldest course in Arlington.

Tom Vandergriff the longest serving mayor of Arlington was elected. He was influential in bringing General Motors assembly plant and Six Flags Over Texas.

Lake Arlington came to be after a Dam was made on Village Creek.

Dallas Fort Worth Turnpike now known as Interstate 30 was opened. The highway was renamed in 1977 and toll gates were removed.

Six Flags amusement park was opened. On opening day it had 6 themed sections on it’s opening day. Each flag represented countries that were a part of Texas history. One of them was called The Confederacy even though no foreign government ever recognized the Confederate States of America as an independent country. In 2017 Six Flags brought down Confederate Flags.

Washington Senators moved to Arlington Texas. After that they were renamed the Texas Rangers.

After 13 terms Mayor Tom Vandergriff announces his resignation during a council meeting.

Parks at Arlington Mall is opened therefore becoming one of the top shopping destinations in the Metroplex.

Cowboys Stadium is opened in May 2009. The stadium was renamed AT&T Stadium in 2013.

The First Salad and Go In Euless Texas Will Open Here

Salad and Go are building and opening its first Euless location

END_OF_DOCUMENT_TOKEN_TO_BE_REPLACED

Tucson’s New Main Event Will Open In This Shopping Center

Fashion Park is a new shopping center on the northwest corner

END_OF_DOCUMENT_TOKEN_TO_BE_REPLACED

This Closed Sears In Lake Success Will Be A New Target

In 2018, Sears closed its Lake Success Shopping Center location in

END_OF_DOCUMENT_TOKEN_TO_BE_REPLACED

The New Aldi In North Riverside Is On This Site

A new Aldi will is opening soon on a site that

END_OF_DOCUMENT_TOKEN_TO_BE_REPLACED

A 43-Story luxury residential tower named 700 River, is under construction

END_OF_DOCUMENT_TOKEN_TO_BE_REPLACED

Chick-fil-A will be opening a new location in Newington, New Hampshire

END_OF_DOCUMENT_TOKEN_TO_BE_REPLACED

Philadelphia will have a new Target on Chestnut Street and 37th

END_OF_DOCUMENT_TOKEN_TO_BE_REPLACED

Dallas-based developer, Alamo Manhattan, is behind a new project in the

END_OF_DOCUMENT_TOKEN_TO_BE_REPLACED

Before DFW Airport, There Was GSW Airport