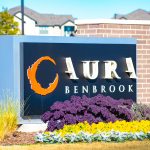 USS Lexington Museum on The Bay In Corpus Christi Texas

USS Lexington Museum On The Bay (nicknamed “The Blue Ghost”) is a a ship that was donated as a museum by the US Navy to the city of Corpus Christi in Texas. During World War 2, USS Lexington (CV-16) was commissioned and served in the Pacific War. After the war Lexington was decommissioned twice before being donated to Corpus Christi

Lexington is a National Historic Landmark and one of the biggest attractions in Corpus Christi.

Construction began July 1941 in the city of Quincy, Massachusetts. The ship was originally named Cabot but was renamed a year later after the sinking of the USS Lexington (CV-2) which had been sunk at the Battle of the Coral Sea.

In 1943, Lexington was commissioned and served as the flagship for Admiral Marc Mitscher while leading the main striking force of the Navy in the Pacific War from 1944 to 1945. She arrived at Pearl Harbor on 9 August 1943 and participated in multiple air base raids and battles against the Japanese.

USS Lexington was decommissioned in 1947 and became a part of the National Defense Reserve Fleet. In 1953, she entered the Puget Sound Naval Shipyard and received some conversions including an angled flight deck and steam catapults so it could accommodate most modern jet aircraft. 1955 she was recommissioned and assigned to San Diego as her home port, she was operating out of California until 1956.

USS Lexington Museum On The Bay In Corpus Christi Texas

Famous People From Irving Texas Irving, Texas was incorporated in 1914

10 Famous People From Fort Worth Texas